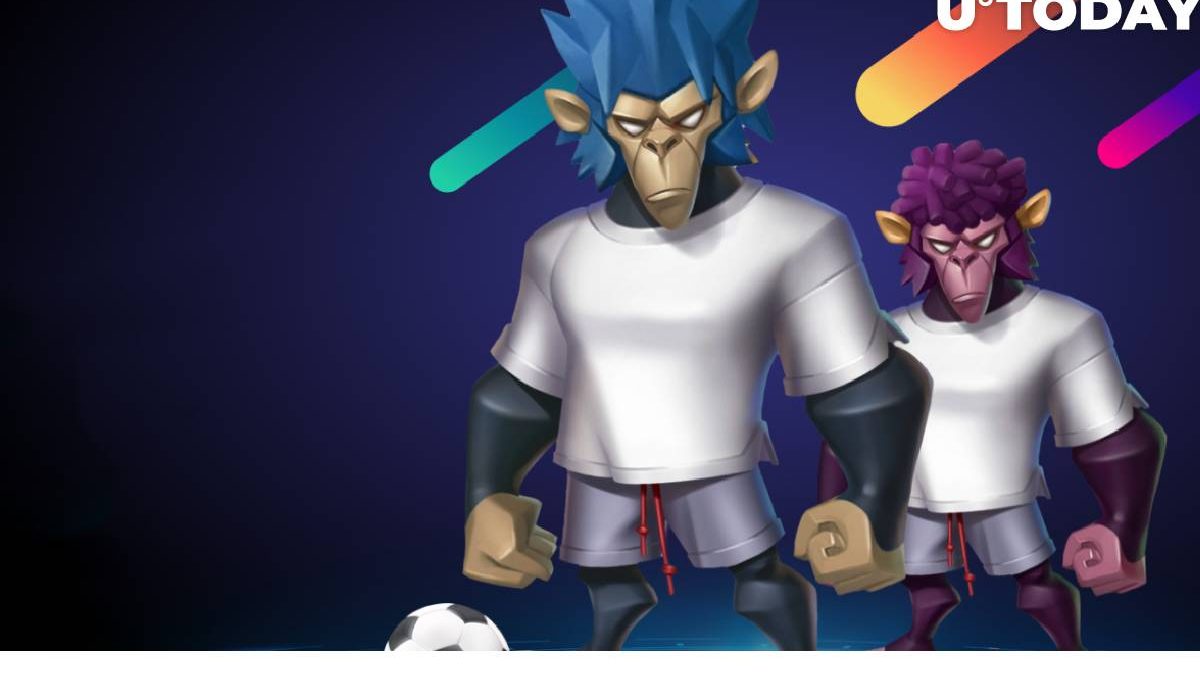 With such a diverse experience and a common goal to impact the blockchain gaming industry. His team aims to bring a new and more rewarding experience to NFT players.

What is Monkey Ball?

Moneyball is a turn-based soccer game built on the Solana blockchain that allows players to create a team of virtual monkeys, each with unique characteristics.

This 4v4 play-to-win game requires players to form a team of four monkeys. It comprises four monkeys for the forward, defender, midfielder and goalkeeper positions. While players can choose any monkey for each class, what increases their chances of winning is to thoroughly study the monkey’s abilities to determine the most appropriate role for the monkey to play in the game.

Each match consists of 12 rounds, and each game ends after each team has completed one round. For monkey moves, the soccer team has five options to outsmart their opponent. They are moving, shooting, passing, dribbling and what the game calls “special moves”.

The rarity of the monkey determines its unique abilities. In other words, it is already well-known, but players can also develop other skills of their characters through training and development throughout the game. However, increased capabilities do not mean that players can easily win. Every time they finish their turn, their opponents will do absolutely anything to beat them with all their skills and assets.

Attackers’ dribbling points or hit scores are some areas where two opposing teams can try to outdo each other. And the team with a better combination of monkeys, natural abilities, improved stats and skills to use all those abilities is more likely to win each round. 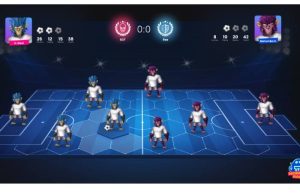 Another great thing about this game is that it offers many ways to win. In addition to winning matches, players can generate income by placing stadiums, creating stadiums, and as spectators; this will be detailed later.

With these options, Monkey Ball can be an excellent project for gamers as they can leverage multiple income streams within the game and allow them to earn in both active and passive ways.

Monkey Ball can have fun in 3 game modes: “Player vs Environment”, “Player vs Player”, and “Team vs Team”. And since the game is made on Unity, a cross-platform game engine. Monkey Ball is expected to land on mobile and desktop soon or instead go mainstream.

Another significant fact about Monkey Ball is that the creative art design. It  was made by the same studios that made Call of Duty and Fall Guys art. It  gives players an enjoyable experience throughout the game.

With a total supply of 1 billion, Monkey Bucks, also called MBS, is Monkey Ball’s in-game currency. This coin can be available in six ways.

Players can buy them from decentralized exchanges that the game supports or earn them by winning matches, completing missions, opening loot chests, hosting games in stadiums, or as spectators.

Players can use MBS to purchase consumables from the Monkey Ball store or to raise new monkeys. These transactions are significant to the platform as all proceeds from these activities are returned to the game treasury, ensuring the longevity and sustainability of the ecosystem.

SCORE is Monkey Ball’s governance token and is the key to its decentralized autonomous organization or DAO. The platform’s voting and governance practices will be implemented gradually, including economic decisions directly affecting Monkey Ball’s treasury.

SCORE can be used to join the game locker to vote and receive SCORE rewards as an incentive to participate. Another advantage of Staking SCORE is that players’ belongings can be settled. Making it an attractive option for users looking to improve their position in the game further.

NFT Monkeys is the focus of the Monkey Ball game. Its primary goal is to be a revenue generator that can help players earn MBS tokens.

Each monkey has a unique combination of appearance, special items and training abilities. Officially called the “DNA” of the game, these aspects play a huge role in a player’s chances of winning each round.

Players who own an original monkey have direct access to benefits such as early breeding season, pre-game Bootcamp progress and game coin drop. NFT Drop was deliberate to be free in December 2021.

The stadium is the “land” version of the game, one of the most valuable assets in any blockchain-based game. The main benefit of the playground is that it is a venue for tournaments, games and special events, and its owners can earn money from it by charging Monkey Ball to facilitate these events.

A Stadium remains beneficial even if it doesn’t host events for a moment. As owners can use it to train their Monkeys and sharpen their skills.

A Stadium can be high by either unique facilitating competitions and special events to increase its users or by adding special facilities.

To be a Spectator, a gamer must watch and root for a Monkey team with the highest chance of winning a match. Aside from earning, being a spectator also provides players non-monetary benefits, including analyzing a team’s strategies and providing a morale boost through support.

Spectators can also increase their sophistication in selecting a team by having boosters and game items. Spectators can seamlessly earn higher MBS. By increasing their chances of narrowing down on the best possible winner.

Aiming to make it a target in the competitive NFT gaming arena. The Monkey Ball team has equipped this game with irresistible offers that few players can resist. With immersive gameplay and many winning options. This game has a high potential to build a strong following and secure a competitive edge.

What is Trading? – Definition, Types and More