Best Mobiles For The Elderly 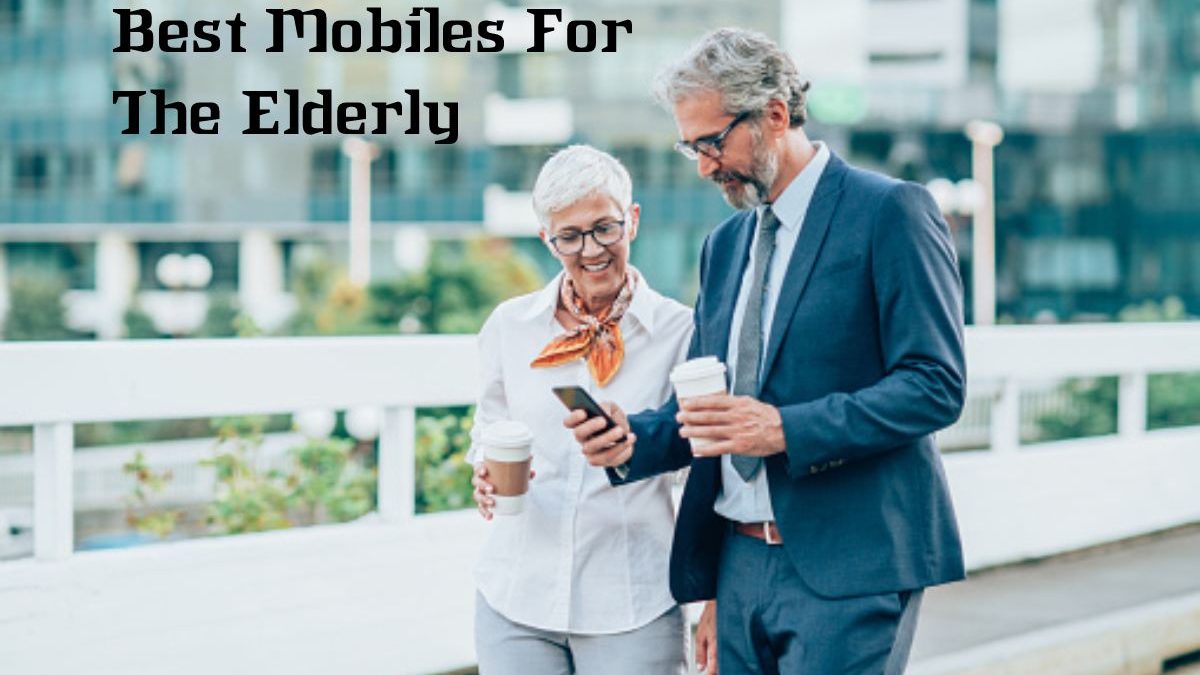 Although mobiles phones have evolved a lot in the last decade, there are still people who are not ready to have a smartphone due to the complexity involved in using these terminals. Above all, this happens to older people who have difficulty understanding the operation of these devices but need them to communicate in an emergency.

For this reason, and because everyone has the right to have a mobile that they understand, in this article we are going to make a list of mobiles for the elderly.

The Best Cell Phones For The Elderly 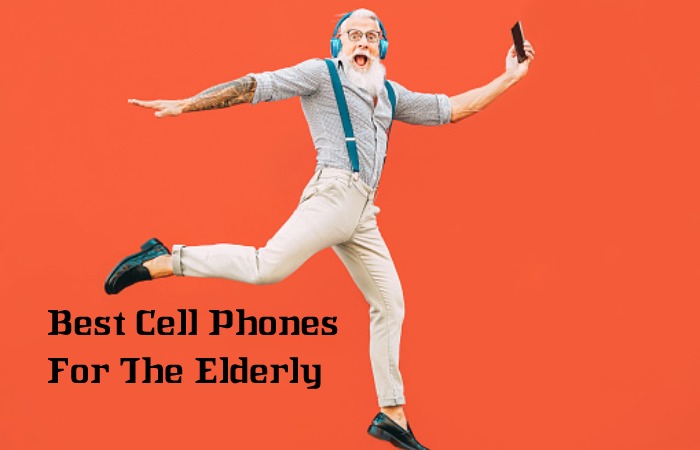 As we want to provide you with updated information, we are going to base ourselves on the most interesting terminals that have been recently released.

The most important thing about this devices is that it has large keys and numbers that are visible from any position. It is a folding phone which is safer for the elderly because it will have the screen protected most of the time.

It weighs only 200 grams and its size is small, so it will not be a problem to carry it in your pocket when its owner goes out . On the other hand, although its screen is not too big, since it measures only 1.8 inches, its resolution is quite good at 160 x 128 pixels.

As for its operation, it is very simple, being able to access the list of contacts and the menu from the main screen just by touching a button.

Finally, it should be noted that it has 24 MB of RAM and is compatible with a Dual SIM card if necessary.

This other Alcatel models includes even more facilities for the elderly. Similarly, you can access the menu and contacts from the main screen by pressing a single button.

On the other hand, its battery is prepared to last up to 3 hours in call mode. Its measurements are 4.5 x 1.2 x 10.8 centimeters and it weighs only 65.5 grams. Therefore, carrying it in a pocket or bag will not be a problem for the person who has it.

In addition, it should be noted that its keys are also large, making it easier for older people to see them well. Without a doubt, this is another of the most interesting models for any elderly person.

The highlight of this terminal is the large size of its keys, perfect for avoiding mistakes and dialing problems. On the other hand, its keyboard is backlit LCD with a size of 1.8 inches and 65,000 colors.

It is important to note that it is very easy to use and has a capacity of 100 names and numbers in its address book. Therefore, there will be no problem registering the number of all relatives.

Its battery is very durable, holding 240 hours on standby and 3 hours of talk time . This model is somewhat larger, reaching 5.1 x 1.6 x 10.6 centimeters, but without being uncomfortable when carrying it in your pocket.

On the other hand, it has a large digital storage capacity, since it reaches 16 GB and you can insert a microSD card. It has a 1.8-inch LCD screen with a high resolution (160 x 128 pixels) that allows you to see clearly.

On the other hand, its other utilities such as the calculator, calendar, programmable SOS alert, Bluetooth for the car, touch screen and 3.5 mm jack . 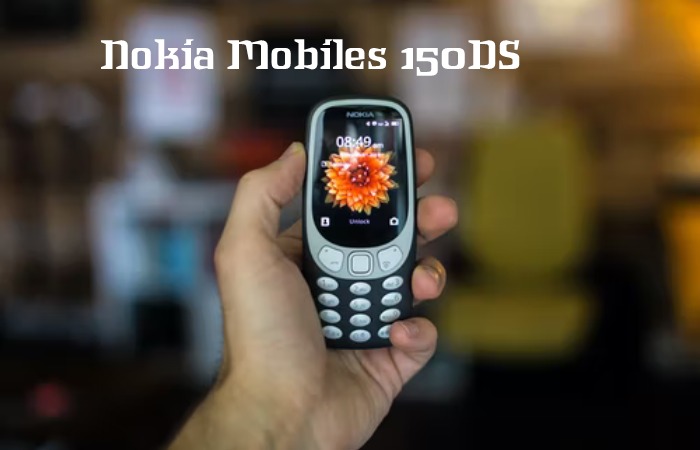 In this case, the utilities that this terminal provides for the elderly are based on large keys and a comfortable and easy-to-hold design. Again we would be talking about a compact and lightweight model.

Its battery is greater than that of the rest of the models. It lasts up to 31 days in standby and allows more than 22 hours of conversation.

The RAM memory is 16 GB and its digital storage capacity reaches 32 GB. Its size is also small, making it easy to store anywhere.

On the other hand, it is important to know that it has a camera and radio, as well as a memory card slot. As for the colors, there is a black and white version, and the visibility of the numbers is adapted in each case.

This phone has a compact design, very easy to handle and huge keys with very easy to distinguish numbering. It is important to know that its keys are backlit to further facilitate their vision. Its memory and digital storage is 32 GB and it combines the touch screen with the buttons to call.

In standby mode it offers 240 hours of autonomy so it will not have to be charged every day.

This mobile has support for two SIM cards. Its numbers and letters are large to facilitate writing SMS and dialing phones.

More than 300 contacts can be saved in your phonebook and it supports a microSD card of up to 16 GB. As added utilities we must mention its support for FM radio and that it offers Bluetooth. It also has a flashlight, which can be very useful in emergency situations for the elderly.

This time we present you a phone with an elegant and modern design that has a backlit keyboard to offer better visibility. It goes without saying that its numbers and keys are large, alleviating any possible vision problem.

Its screen is somewhat larger than that of the rest of the models, reaching 2.6 inches, ideal for those who have vision problems. One of its most important features is its compatibility with hearing aids, alleviating any hearing problem that an older person may have.

But, in addition, it has an SOS button that allows you to make an emergency call with ease. This can be crucial in a dangerous situation in which the elderly person, because of her nerves, is unable to mark properly or is unable to do so due to a fall.

Finally, you just have to know that its size is small and that its weight is 209 grams. Being a slightly larger terminal than the previous ones, but equally comfortable to carry.

This device has a 2.4-inch screen and a high resolution. It has a built-in camera and you can add an SD card of up to 8 GB.

The design is foldable and has light indicators for battery and missed calls on the lid. Allows you to play mp3 files and view JPEG images.

Similarly, its keys are large and allow you to appreciate the numbers and letters. Finally, it should be note that it also has a programmable SOS button for emergencies.

This model is available in red and also features large buttons for ease of use. It has a folding design and its screen is 2.4 inches LCD with backlight.

The phone also features an easily accessible SOS button for emergency situations. On the other hand, its vibration function will help people with hearing problems to notice that they are being call.

It is important to know that it has an alarm, FM radio and integrated camera, as well as a flashlight. As for its battery, it lasts 350 hours at rest and has a range of 6 hours in talk mode.

Its weight is only 80 grams and its small size maintains. The necessary comfort to be able to always carry it with you.

This is the latest mobile model for the elderly that we are going to talk to you about. Its design is blue on the outside and black on the inside to facilitate the display of numbers and letters. In the same way, its keys are large to facilitate its marking and that they are well distinguish.

This model is also foldable and has a support for voice keyboard and SOS button . In this you can configure up to 5 emergency numbers to reduce. The chances that the notification will not get a response.

On the other hand. It has an FM radio that will be very useful. If its owner enjoys listening to it while walking or doing housework. Its battery is also quite durable. Offering between 3 and 4 hours of autonomy in conversation and 200 hours in standby mode.

Something very interesting is that its keyboard has a lock. Switch to prevent accidental calls and light reminders for missed calls and low battery. Without a doubt, this is one of the best models on the market for the elderly.

Although telephones continue to advance, we must not forget those people for whom changes cost a lot. Especially since it is usually the elderly who most need to have a continuous means of communication . So, by choosing any model from this list of mobiles that we have provided you. You will be sure to get it right.

How To Know If Your Mobile Has Been Hacked

The Most Technological Watches On The Market

ASO: How To Optimize Your App Listing To Get More Downloads